Do I Have Sleep Apnea or Am I Just Snoring? 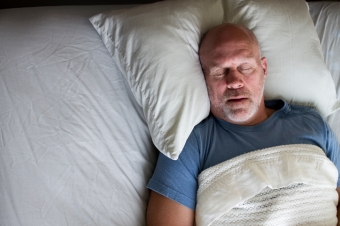 Though they may seem similar, there are some important differences between sleep apnea and snoring. Here, our Surrey dentists explain how you can tell the difference.

Many people who have sleep apnea aren't aware of it; they think they’re just snoring. Sleep apnea and snoring can be related to other health problems, and can disrupt sleep, but there are some important differences between the two.

Snoring is essentially vibrations in the respiratory structures. This happens as a result of obstructed air movement during breathing while sleeping. It is often caused by the uvula, an elongated soft palate, a large tongue or nasal obstructions.

Snoring is one of the symptoms of sleep apnea, not everyone who has it necessarily snores.

What is Sleep Apnea?

Sleep apnea is a disorder characterized by abnormal breathing pauses or shallow breathing during sleep. These pauses  or "apneas" can happen as a result of lack of respiratory effort, a physical blockage to airflow, or a combination of the two. Obstructive sleep apnea, the kind caused by a blockage, is the most common form of this disorder.

People who suffer from sleep apnea are often unaware that they have a problem; usually it’s the person’s sleep partner who first points it out.

How can I tell if I have sleep apnea?

Sleep apnea sufferers often feel fatigued and sleepy during the day. This can have a negative impact on work performance, general vigilance, and staying motivated in day to day life.

The best way to tell if you have sleep apnea is to get assessed by a professional. Only a medical professional can positively diagnose you, and get you the help you need to achieve a better night’s sleep.

If you suspect you may be suffering from sleep apnea, contact our Surrey dentists today to book a consultation.

How can dental sedation help me?

At Elgin Corners Dental, our dentists strive to ensure that patients suffering from dental anxiety or heightened oral sensitivity can get the treatment they need in a comfortable and stress-free manner. Here's how dental sedation can help anxious patients.

What are dentures made of?

Humans have used dentures to replace missing teeth for centuries. Today's dentures look and fit better than ever. Here our Surrey dentists share a bit about the history of dentures and what dentures are made of now.

An important message regarding COVID-19. We are here for you and accepting emergency visits.